Another week another update.

On Friday we had an ultrasound and found out baby C is a BOY!  I was right ... I knew it all along.  He's happy and healthy and that's all that matters at this point.

Next appointment is 3 weeks from Friday which is a relief since I feel I've been to that doctor's office way too often lately. 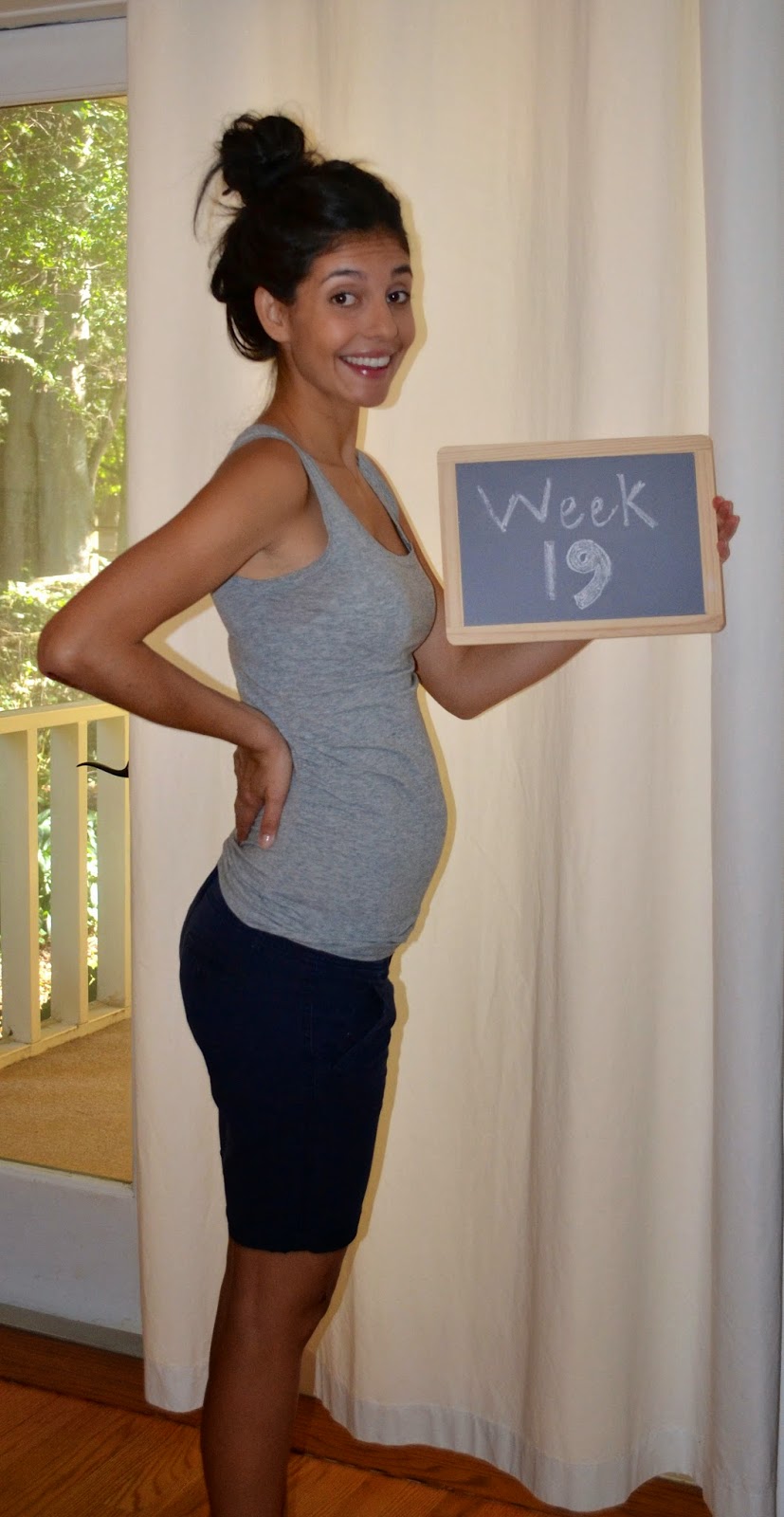 It's crazy to me that all of my previous pregnancy maternity pictures are wearing jeans and winter clothes for the most part (aside from some running shorts).  It's been relatively mild out which garners shorts wearing for sure.  My size 0 shorts no longer fit (damn hips) so I've had to bust out the last 2 "bigger" shorts I own.  Just an excuse to wear leggings every day.

according to thebump.com, baby is the size of a mango, 6 inches long and 8.5 ounces in weight.

I'm still waking up at all hours of the night to pee ... really wish that would stop.  I've been trying to eat better since I've been using the "pregnancy excuse" to eat a bunch of fried foods and desserts all the time.  I've been suffering from some killer headaches the past few days which sucks since I don't want to take a bunch of Tylenol.  Dealing with Mason while having a headache is not fun.

Since the major fall last Tuesday while running my wounds have slowly been healing.  I've begun to run again but only on paved surfaces and shudder at the thought of running on sidewalks.  Especially with all of the rain we've had ... sheesh can you imagine me running on a slick surface?  That's just asking for a disaster.

I've also started to do some light weight training with a pair of 5 pound dumbbells.  They have now found a home in our playroom's shelf so I can knock out some bicep curls while watching tv.

Finally getting our baby moon planned which is super exciting.  Ryan and I are almost set to fly to Puerto Rico in December for 4 days.  I.  CAN.  NOT.  WAIT.
Posted by Jess at 2:30 PM