A few pictures from the half marathon

Maybe one day I'll fall in love with one of my race pictures and not feel bad about spending the $30 to purchase it instead of downloading a crappy copy to post here. Until then here are a couple pictures from the BB&T Corporate Cup half marathon that I ran on March 8th.

I like this one cause I remember giving the photographer a peace sign around mile 7. Plus check out my quad muscle ... I look pretty fit.

I like this one cause I'm running "so fast" my hair is blowing in the wind.

This last one is neat cause it looks like both of my feet are off the ground. I don't just run fast; I float across the ground.

I did everything "wrong" yesterday in preparation for this morning's race ... I drank (too) much beer; I ate a greasy cheeseburger with a side of fries; I stayed on my feet much too long during the day.

Some things work for runners, others don't.  I've found that my best races are performed after a day/night of fun, ie. beer drinking.  I've usually PR'd and/or placed in my age group when I've eaten a cheeseburger the night before a race.  It's a scientific fact that cheeseburgers make me run faster.  I swear.

Oh and I didn't try anything crazy this morning ... no coffee and no weird gummy energy chews.  I just stuck to a hand-full of gummy bears as my racing fuel and I think it worked.

I was so close to skipping this morning's race.  I woke up 1 minute before my alarm went off and I really wanted to go back to bed.  My stubbornness pushed me forward and I got dressed for the (rescheduled) Charlotte 10 Miler.

I guess I didn't have to worry too much because today's race went exactly how you want a good race to go.  I felt great the entire time ... well except for those stupid hills.  Damn you Charlotte and your abundance of hills.  I even had enough left in the tank for a push during the last mile where instead of pulling off to the side to puke, I raced to the finish line.

Oh and unlike last year the weather was perfect.  high 40's and no rain.  Yahoo!

Start 2 Finish put on an amazing race.  They are so professional and efficient with every aspect of the race.

Love my coffee cup! It'll definitely be used and will go in the cabinet with the last coffee mug I won at a race. Now I need to win a couple of more times to have a set of 4 :)
Posted by Jess at 3:27 PM No comments:

Your pace or mine

I got to rock my new work out tank that my friend Katie gifted me for my birthday during this morning's run.

It was a mild 48 degrees during my 3.5 mile run around the outdoor track at the YMCA. I wore my newest pair of Brooks Adrenlines in hopes my lingering knee pain has been from wearing older sneakers.

So far no knee pain!

I also ventured into the weight room and knocked out two different back exercises and 3 sets of bicep curls.

Trying to sneak in some quick tanning while Mason naps.

Not a pool or ocean view but my backyard will have to do. Hope it's not weird to sit out here in a sports bra and shortie shorts.

after the half marathon on March 8th, I've found myself with a nagging, lingering knee pain.  the pain will go away after some rest (and some days off from running), but returns after running consistently for a couple of days.

for example ... last thursday I ran 6.3 miles split up between the treadmill and outdoors.  I gave myself 4 days off and returned to the treadmill for 2 miles yesterday.  no knee pain led me to run again on the treadmill today.  except this time my knee started hurting around the 25 minute mark.

sigh.  the Charlotte 10 miler has been rescheduled for sunday March 23rd and I am far from ready.  let's say I finish the race and don't completely fall apart, nor begin to hate running.  these are the races I would like to run during the next couple of months:

to race or not to race?  let's hope signing up for a few gives me the push I need to keep the running going.

At this point I'm going through the monthly motions of posting an update on Mason ... even though its 11 days late.

He's turning TWO in less than 3 weeks ... can anyone believe it?  When did my newborn become a toddler? 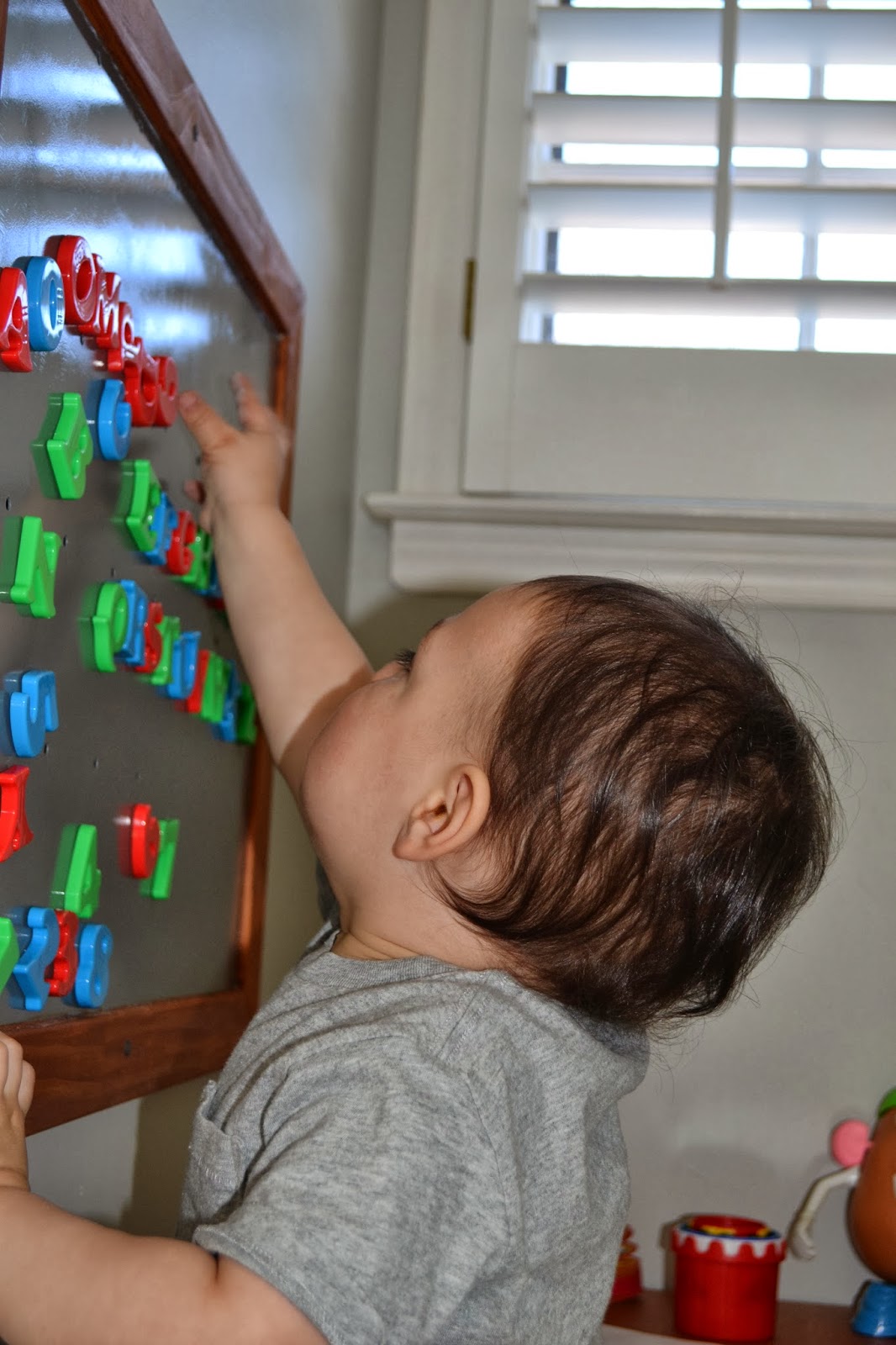 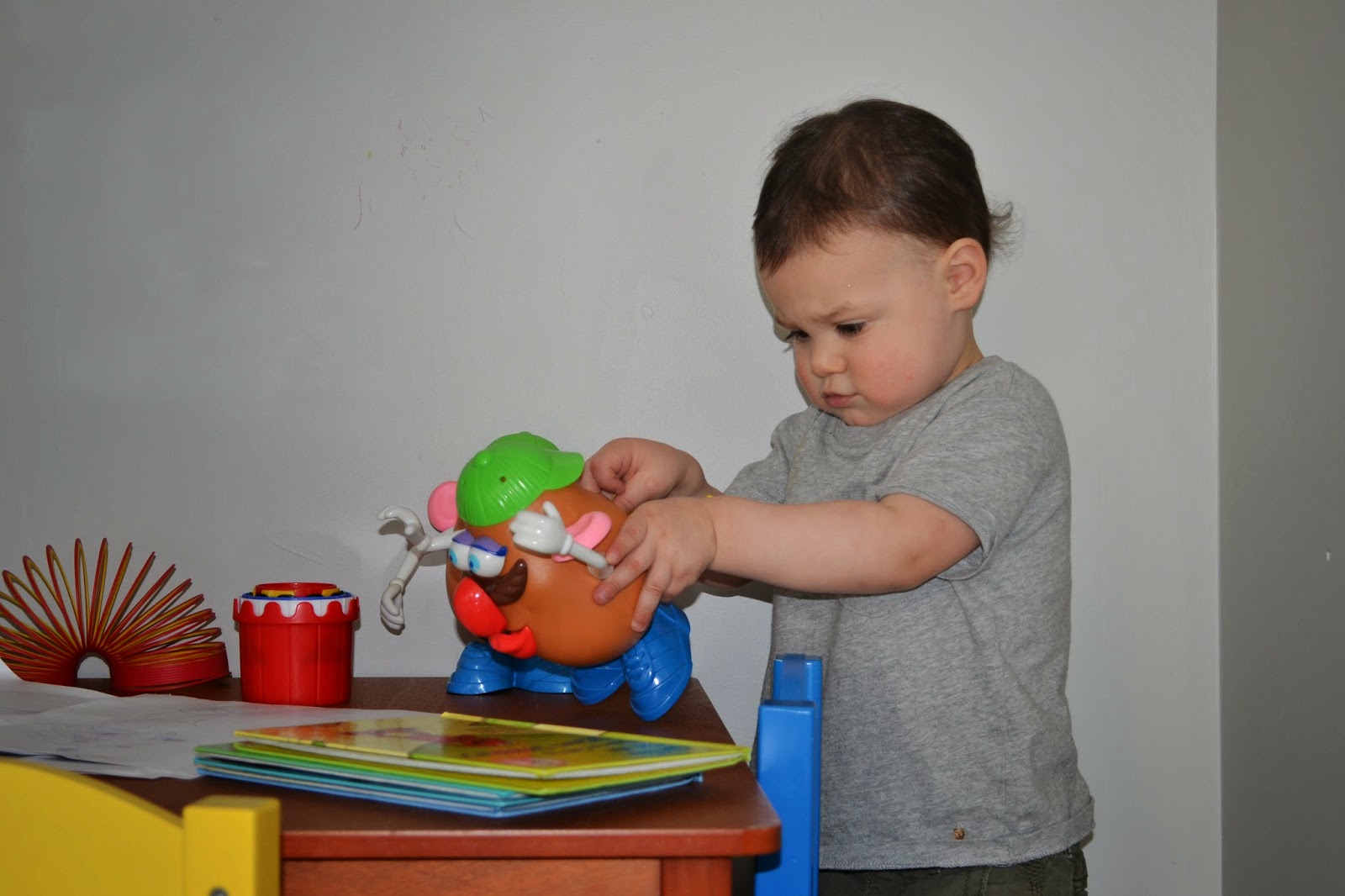 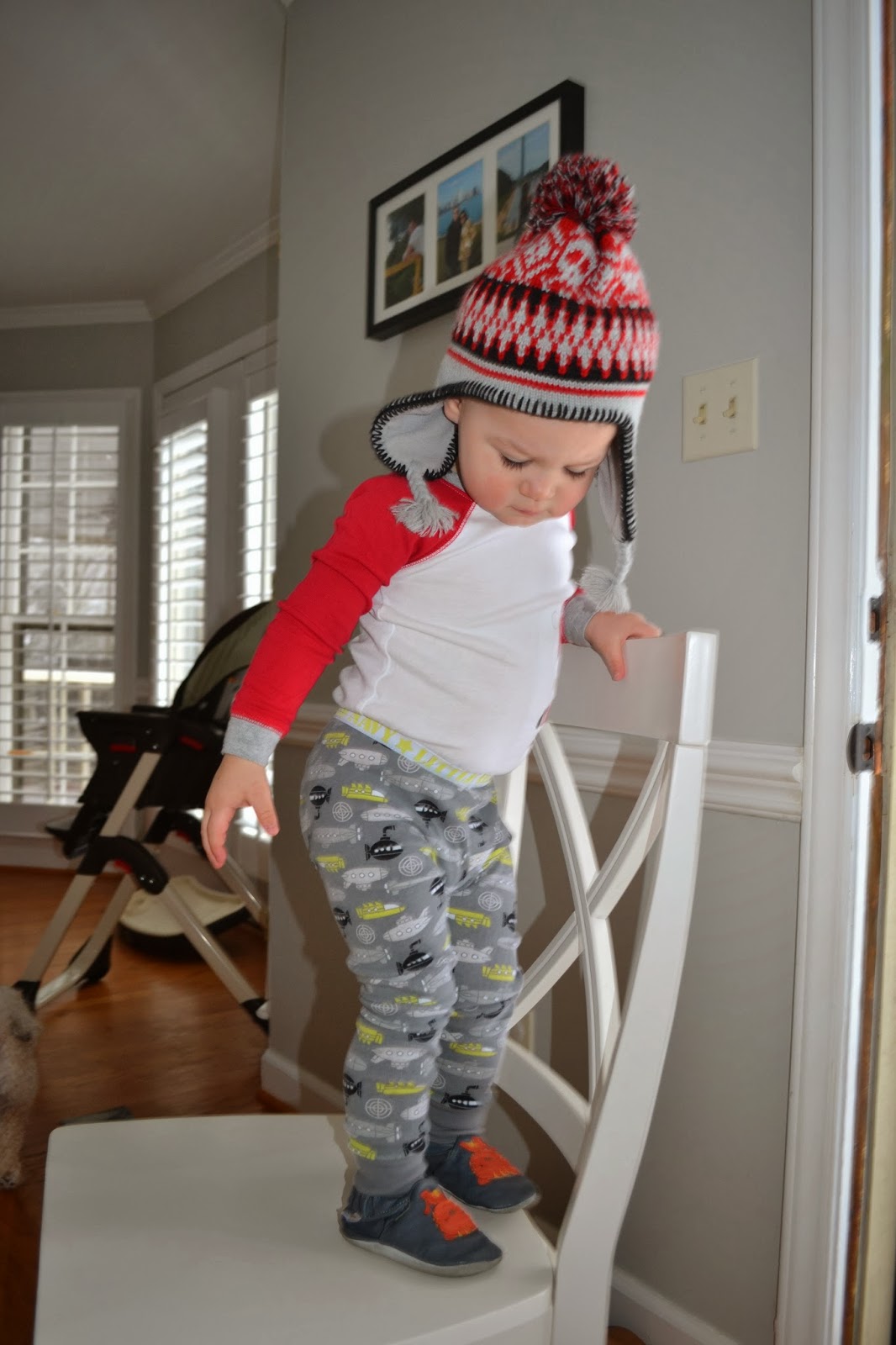 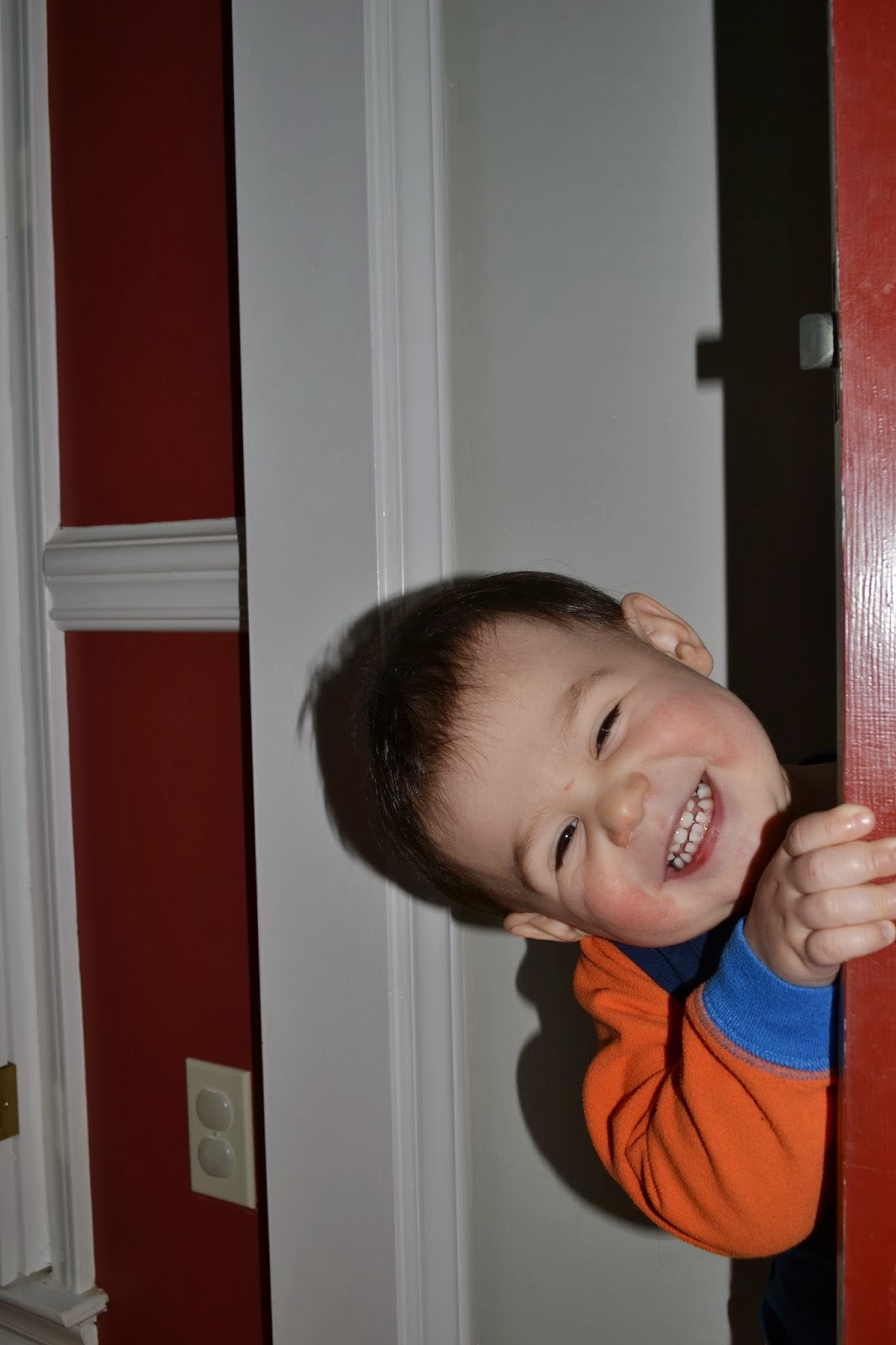 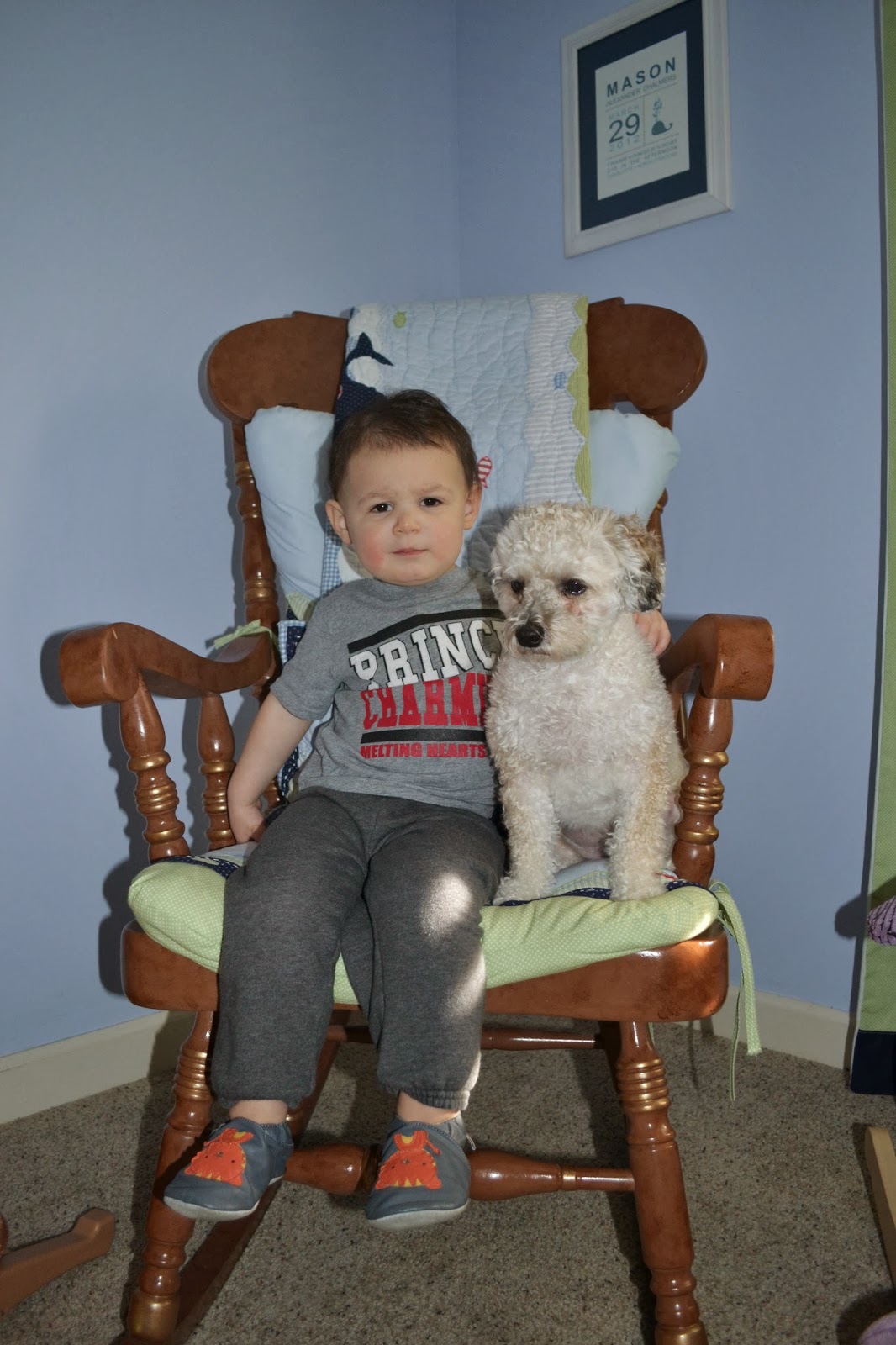 He's so funny and has quite the personality.  He's been super dramatic lately, especially during his mini tantrums.  He's perfected this fake cry that makes me laugh.

Eating has become a challenge ... I think the texture of certain "old favorites" is causing him to dislike almost everything.  No longer will he eat bananas, blueberries, strawberries, or clementines.  At times he'll eat apples or pears, but even that is few and far in between.

He loves gucamole and asks for "dip" at almost every meal.

He's been "talking" a lot more and will try to repeat most words we say.  His latest funny phrase is "I don't know."

He loves to be active and rarely sits still which is pretty tiring for mama.

Naps are still pretty decent, coming in around 2-2.5 hours on days that he takes them.  He hasn't skipped a nap (thankfully) in a while so that makes mama pretty happy.

He loves school and I'm dreading the last day of class in May.  He loves playing at childcare at the YMCA and looks forward to going to mama's gym.

Looking forward to his 2 year check up at the end of the month to see what the doctor says about our big boy!

On Saturday I ran my 4th half marathon, the BB&T Corporate Cup sponsored by the YMCA.

I signed up for the race Thursday March 6th and they had already run out of shirts for participants. After paying $65 for a race the least they can do is have a few extra shirts laying around.

The race started at 8am, which was a nice change, but unfortunately we began with the 5k racers which made it for a congested beginning.

My garmin would not locate satellites (happened in San Francisco too) so I was stuck with keeping track of my pace myself.

I managed to keep 8 minute miles and felt strong when I saw my friend Shannon around mile 7.5. Then I saw Ryan around mile 9 and felt like I had hit a wall. I had been maintaining a fast pace up until then and had spent all of my gas. Plus I was eating orange flavored Gu chomps that were messing with my stomach.

After doing a lot of walking I finally had to pull over around mile 12 to throw up. I wiped my mouth and started running. I knew I had to finish and just wanted it to be over. As soon as I cleared the finish line area, I found a bush and threw up again. At this point I told Ryan I just wanted to go home.

I finished in 1:51:26 which is 7 seconds slower than the half back in October.

Definitely a hilly course at the end but other than that a good representation of running in Charlotte.

Today is the PERFECT weather day here in Charlotte. Currently I'm blogging from outside my house while Mason naps away.

I'm super jealous of all the runners today enjoying the sunny low 70's day. I ran yesterday morning around the outdoor track at the Harris YMCA and pushed myself a little harder than I should've.

I finished 4 miles in under 32 minutes after only taking Sunday off from running after the half marathon on Saturday. My left knee has been aching ever since I left the gym yesterday.

Hoping my knee feels better in the next few days. I only have 1.5 weeks until the rescheduled Charlotte 10 miler.

Hilly is an understatement

Greetings from the sky! Ryan and I are flying home after a fantastic visit to San Francisco. Even with all of the drinking and eating we did, we still found time to do some running in the city.

We left our hotel early Saturday morning and headed down Mason Street towards the water. I picked the street because it reminded me of our little monster but boy was that a bad decision.

Mason Street may very well be the most hilly street in San Francisco. I wish I was exaggerating. We walked the entire time and were super out of breath after the one mile warm up.

Once I started tracking our running I found that we would be stopping quite a bit to walk as well.

We completed 5.6 miles in just under an hour. Not bad for all of our stops.

I loved running around the city since it gave us the best and fastest way to sightsee.

Lots of time on our feet but it was totally worth it!