It's time to do an update on our little mover and shaker. 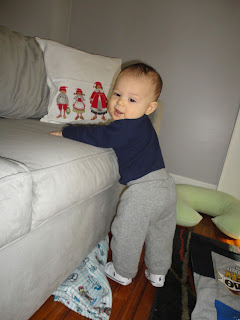 He won't can't stand still.  He's constantly pulling himself up on anything and everything.  It's a bit nerve-wrecking since we have wooden floors and every time he falls it's a major meltdown for Mason and mommy. 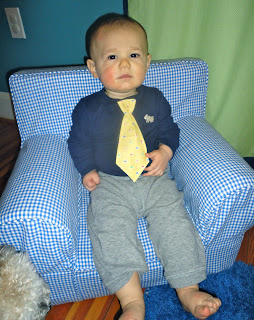 Oh and P.S. these photo sessions get way harder each month.  It's impossible to keep him still long enough to get a good picture.  And it doesn't help that Honey insists on photo-bombing each shot. 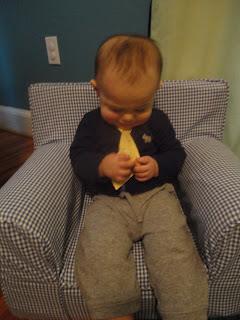 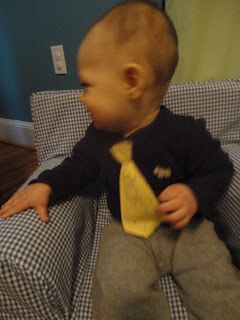 Blurry or not at least I was able to capture his 8 month birthday. 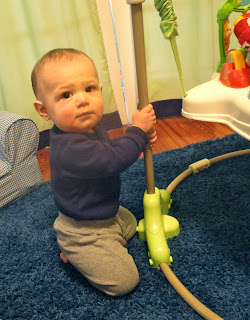 Other updates ... still 2 teeth.  He loves to bite everything with his sharp little shark teeth.

Thankfully still sleeping through the night.  Goes to bed around 7pm and wakes up around 6:30pm. 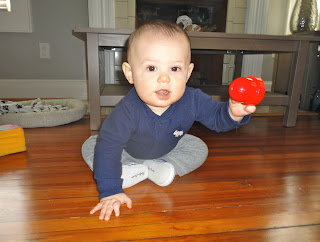 Having a rough time with naps.  Takes the first one like a champ but is having trouble deciding how to go from 3 naps a day to 2.  On some days it seems like he'll take a morning nap, then a short lunch time nap, and then won't nap again the rest of the day.  This leads to cranky mom and baby since he'll be up for more than 5 hours straight before it's time for bed.

Today I was able to keep him up longer during midday and got him to nap for 30 minutes late afternoon.  It was a slight improvement from the past few days. 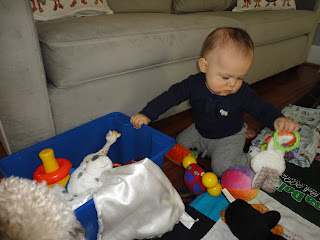 This past month Mason had a HUGE first in our household ... he attended his first football game! 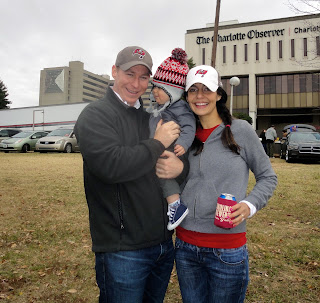 It was pretty chilly but he did great!  He even managed to nap while in the Bjorn before the game started.  Unfortunately he got fussy right before half time so we headed home and left Ryan with his brother to watch the rest of the game.

And that's it!  Looking forward to another month of firsts for Mason.