making (and subsequently eating) a green monster after a work out is one of my favorite things to do.  especially when it turns out a lovely shade of bluish purple due to the blueberries in the mix. 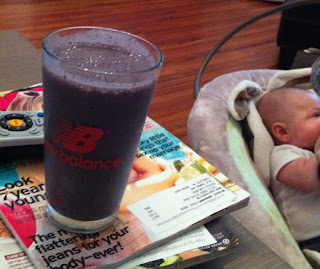 - into the blender went a couple of handfuls of fresh spinach, about 1/2 cup of fresh blueberries, some vanilla soymilk, vanilla protein powder, 1/2 banana, 1/4 cup of nonfat vanilla Greek yogurt, and some ice


today's work out marked my 6th day in a row of exercising (virtual high fives are being accepted).  I've taken the past 2 days off from running and have found ways of working out other than jumping onto a treadmill (who would've thought). 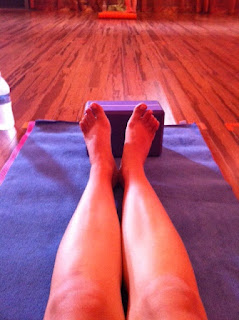 yesterday I took a 90 minute yoga class at Yoga One.  the room was heated to approximately 92 degrees, which was eerily similar to what the temperature has been in Charlotte recently.  after a few weeks off from yoga I definitely struggled during the class but felt much better once it was over. 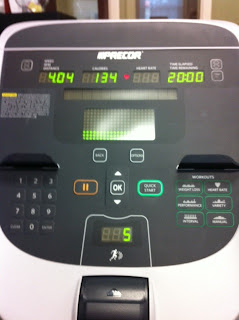 today I did some cardio on the seated bike and completed 4 miles in 20 minutes.  then I continued my work out with some weight training.  I haven't worked out legs (aside from running) in so long that I figured I would do a few of the machines.  granted I realize that the best exercises for working out your legs are squats and lunges but I hate both of those.  instead I did the following: